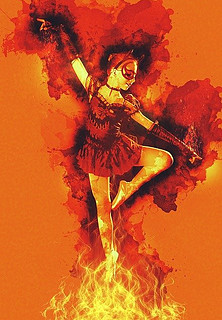 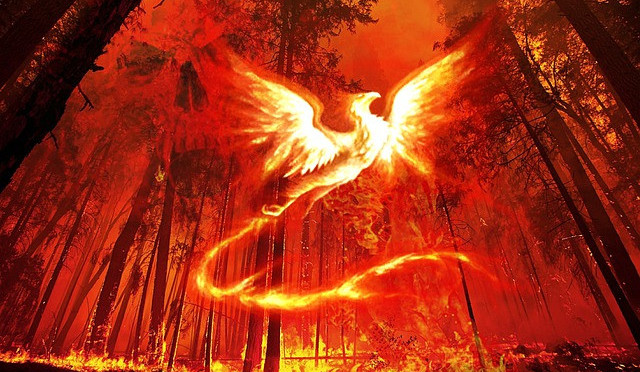 The phoenix is an immortal mythical bird with magical powers that is known for its ability to regenerate itself. It is thought that at the end of the phoenix’s life, it spontaneously bursts into flames, only to be reborn from the ashes as a young phoenix, ready to begin a new life cycle all over again. This symbol of life, change and rebirth has been the subject of legends, religions and philosophies for centuries, and has inspired storytellers and artists all over the world.

It is thought that the phoenix story originates from ancient Egypt with the Greek historian, Herodotus, who wrote about a bird called a Bennu that died in flames only to have its offspring emerge from the ashes days later. In ancient Egyptian, bennu was related to the word “weben” which meant to rise or to shine brightly, and this was represented by a hieroglyph depicting a bird.

According to legend, the phoenix originally lived in Paradise and, as an immortal, knew he would live forever. But after a thousand years, the phoenix grew bored with Paradise and desired a new life so he left for Paradise and travelled to the mortal world which was governed by life and death. Once here, the phoenix realised he could not die but wanted to renew himself so he built a next and waited for the sun god Ra to arrive. As Ra drove in his chariot across the sky, the Phoenix sang to get his attention and Ra listened to the enchanting song. As he stopped a spark fell from his chariot and set the nest alight, engulfing the beautiful phoenix in flames. However, since the phoenix was a magical and immortal bird, after 3 days, he was reborn from the ashes and lived on, repeating his cycle of death and rebirth every thousand years. 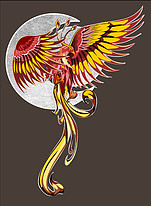 The ancient Greeks believed in a process called “the transmigration of the soul” or metempsychosis believing that after death, a person’s soul could be transmigrated into another being such as another human baby, an animal or even an inanimate such as a tree or plant. This idea of the eternal nature of the soul is common to many religions such as Christianity, Hindus, Druids Celts, and many indigenous people such as Australian Aborigines and native Americans. Over the years, the miraculous story has been adapted and retold by generations of oral storytellers to suit their own purposes or their cultural beliefs. In Christianity, the phoenix is often seen as analogous to the resurrection of Jesus Christ, who Christians believe was himself crucified on the cross and then resurrected 3 days later.

In Native American culture, the phoenix was called the Thunderbird and it was a large, colourful bird that could affect the weather. It also had healing powers not only for humans but by regenerating the earth by bringing rain. A phoenix was also the first image depicted on the Great Seal of the newly reborn United States of America in 1782 after the war of independence from Britain. It was replaced later by that of an eagle which had become an American symbol. 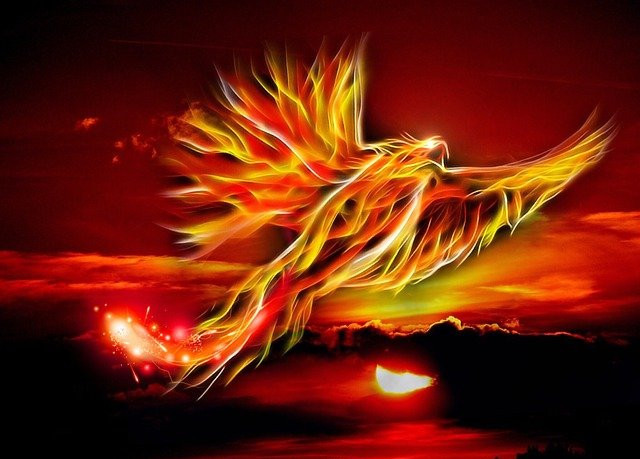 The phoenix is also found in Chinese mythology where it is called the Feng-Huang and is a bird similar to a peacock with a slender neck and a long tail, although its tail is fiery orange and red rather than the traditional peacock blue/green. In Japan, it is known as the Ho-Oo.

The phoenix has inspired many films and TV series and is well-known to Harry Potter fans as Fawkes, Professor Dumbledore’s pet bird who saves Harry at the end of “The Chamber of Secrets” and helps Dumbledore escape arrest. It is the inspiration in the film “The Flight of the Phoenix” where a group of misfit travellers are forced to rebuild their crashed plane in order to escape the perils of the desert. And in the X-Men series, Jean Grey is thought to have died, but is resurrected as the Phoenix Force with almost unlimited powers.

Whatever the phoenix is, it is an enduring symbol of hope and regeneration, giving humanity the chance to shake off their old life and begin again with a new one, renewed in energy and outlook, with the physical advantages of youth, and the wisdom from having lived a thousand lives.

Phoenix Creative Arts was born out of a change of leadership and direction of an existing performing arts school, called DAPA (Dorking Academy of Performing Arts) which closed in 2008, only to be reborn as Phoenix Creative Arts later in the year. The symbolism of rebirth and renewal was chosen specifically to show our strength and our resilience, not only as a company but as human beings, forever striving to better ourselves and make the world a better place for everyone. And we aim to inspire others to live their best life, accepting change as an inevitable part of moving forward and progressing.

2 Replies to “The legend of the Phoenix”